What IS bittermelon, anyway? Amy Moniot reviews The Nipa Hut.

When was the last time you tasted something completely new?  I LOVE food. I eat a lot. I search for things my mother wouldn’t recognize as food. But I have to say that it’s been a long time since I ate something and my brain couldn’t find anything to connect it to. At the Nipa Hut, the only sit-down Filipino 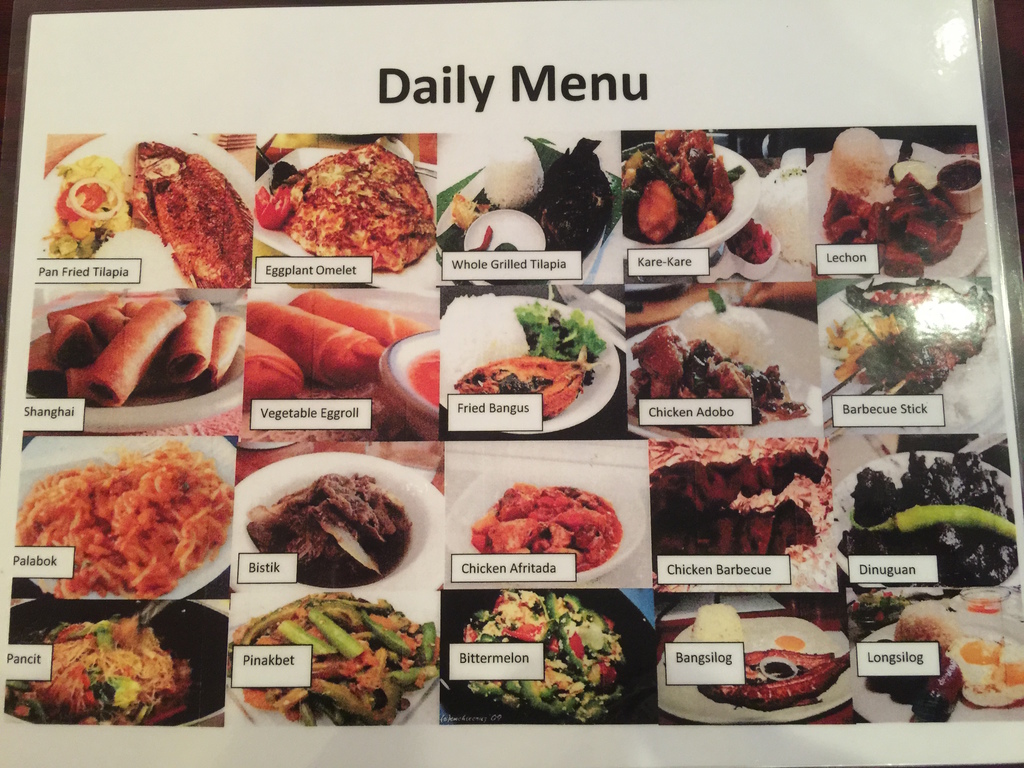 restaurant in northeast Ohio, each mouthful was totally new. Fried…

I am a Girl Screening

Director of Immigration Services - This position is responsible for the activities of the Immigration, Education, and Communication Departments.  The position requires a minimum education level of a Master’s Degree or Law Degree and/or BIA Accreditation.  Priority is given to individuals who are bilingual and who have prior experience working with the foreign-born.  Applicable prior experience a plus.…

If you have the time for a day trip, support your fellow Ohio RPCVs. 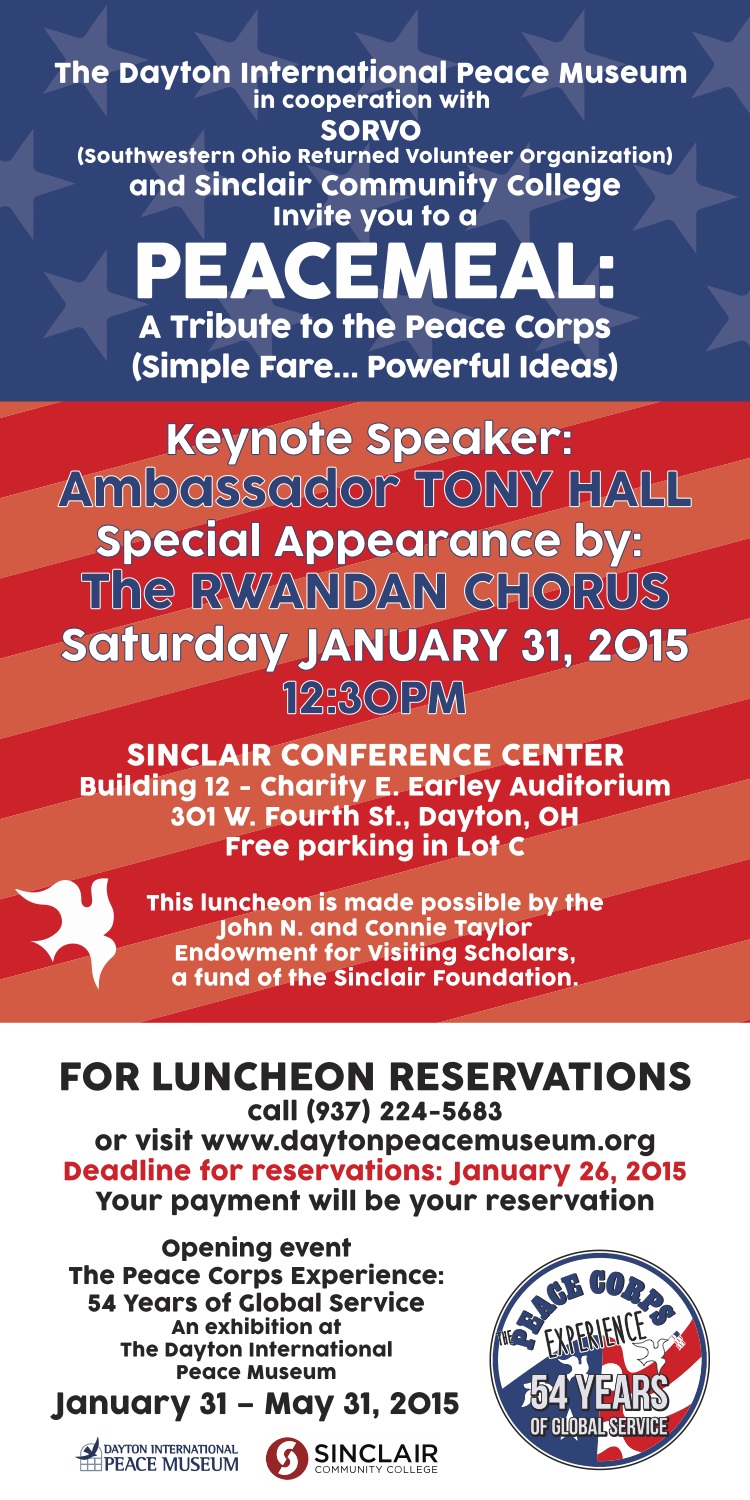 WASHINGTON, D.C., Dec. 16, 2014 – The Peace Corps today released its 2014 rankings of the top volunteer-producing states and metropolitan areas across the country. This year, Washington state jumped to the No. 3 spot for total volunteers and volunteers per capita, with 320 residents currently serving and 4.6 out of every 100,000 residents in service. Washington is the first state ever in Peace Corps’…

NOVRA support RPCVs interested in transferring their Peace Corps experiences to graduate school.  Right near by, Bowling Green State University (BGSU) is a public university in Northwest Ohio that has partnered with the Peace Corps to create 14 Paul D. Coverdell Fellows programs on campus. Most RPCVs accepted to the programs as Fellows receive partial or full… 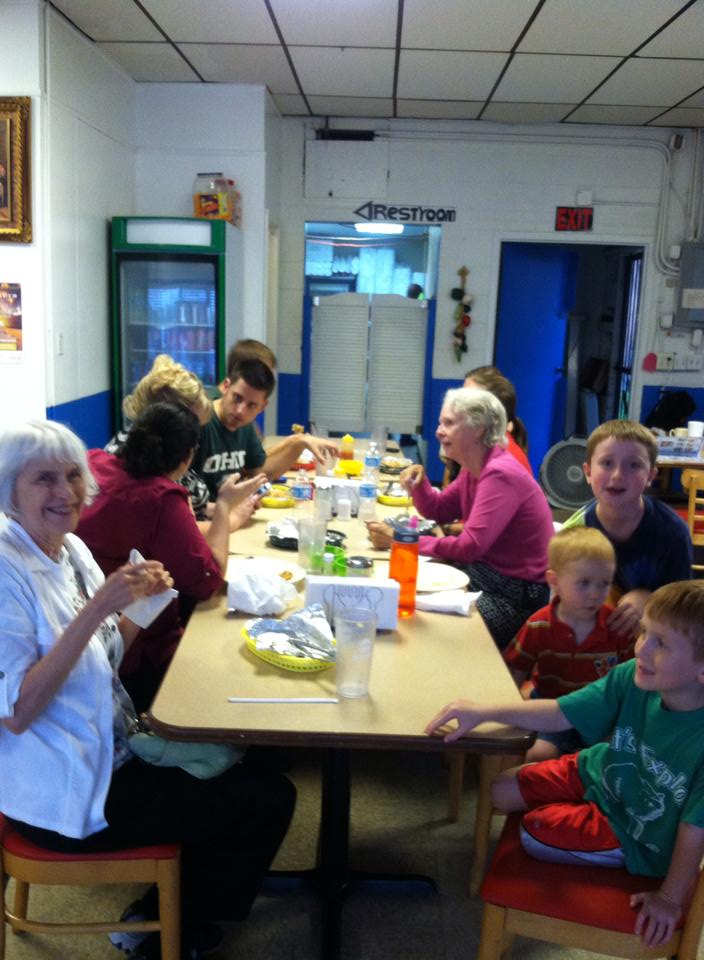 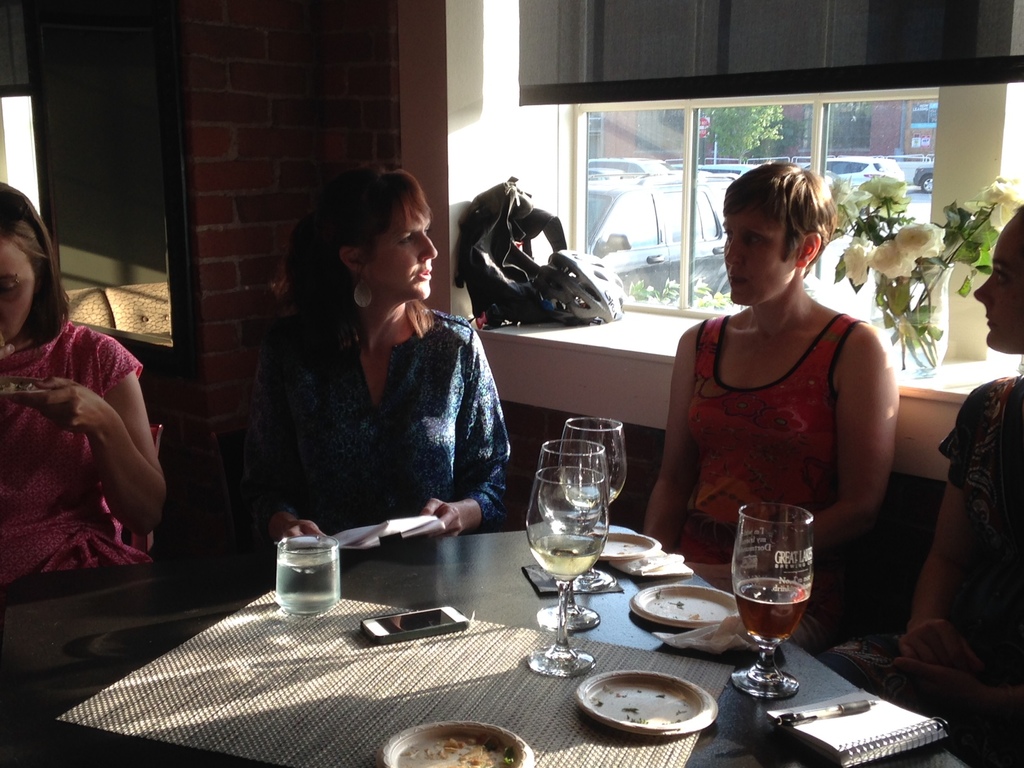 On June 16th, NORVA hosted its third speaker series event at the Wine Bar at Battery Park (YOLO) on the west side. RPCV Maureen spoke, Guiana '96-’98, shared her journey from Youth Development in the Peace Corps to Multi-Systemic Therapy (MST) in the states with 12 local RPCVs.
MST is a comprehensive approach to…
Continue 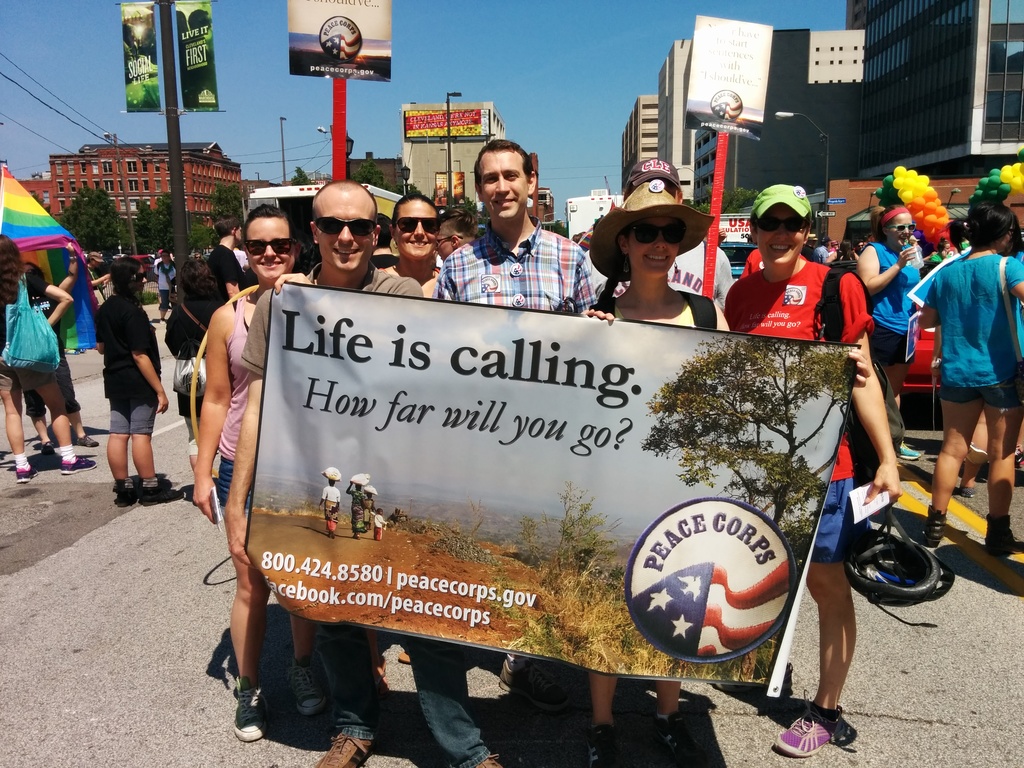 Members of NORVA and friends of Peace Corps marched together in the 26th Annual Cleveland Pride Parade on Saturday, June 28, 2014. We handed out flyers and stickers and showed our #PeaceCorpsPride! Thanks for being there and showing your…

NORVA Cheers on Runners at the Cleveland Marathon 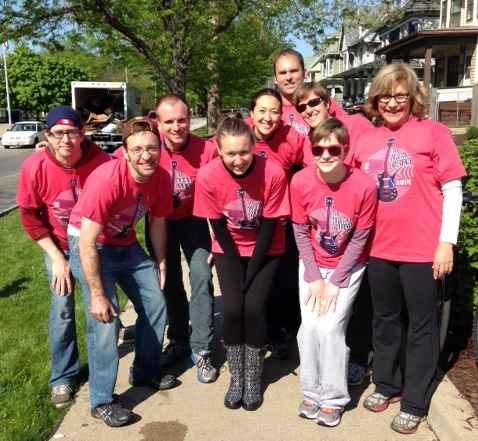 NORVA members rose early to support the Cleveland Marathon, handing out water at the water stop at Franklin and 65th!

Meet Young Leaders from Across the World this Summer

As you may remember from last year, the Cleveland Council on World Affairs hosts a number of short-term international youth visitors in Cleveland every year. If you are looking for something new and fun to do this summer, look no further! 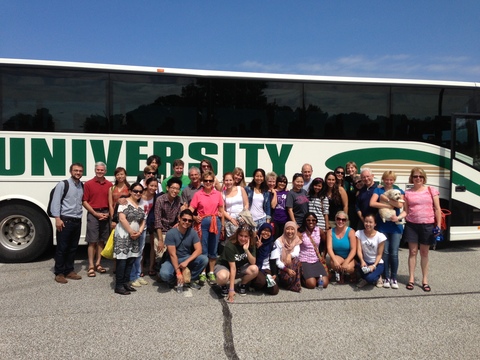 CCWA is hosting a group of Fulbright…

The Peace Corps promotes world peace and friendship. Peace, tolerance, and improving lives are core values of our organization. Cultivating a diverse and inclusive environment is essential to achieving the Peace Corps mission. We value diversity—the individual attributes that together help us fulﬁll organizational objectives. This includes sexual orientation and gender identity and expression.  This month and every day of the year, Peace Corps celebrates LGBTQ…

NORVA welcomed the newest members of the Peace Corps family, at their Nomination Party last Tuesday evening.  Invitees, Nominees, Returned Volunteers and families mingled at Bottlehouse Brewery celebrating the new nominations.  Those getting ready to leave gained valuable advice from the RPCVs in attendance, and RPCVs were able to share their stories, and insights about service.

Immediately following the party, NORVA members gathered to celebrate achievements in 2013 and get…

NORVA members Ben Gascoigne and Haley McDonough have joined this past year motivated to engage of our newest NORVA members and recently returned volunteers.

A fall and winter Speaker Series event each brought 25 NORVA members together for dinner and a presentation from a former Peace Corps Volunteer with notable post-PC employment.
RPCVs Victoria Tifft and Brian Cummins shared of their service, transition state-side, and career…
Continue

Kent State University alum Ana Sigler graduated with her bachelor’s degree in conservation biology in 2011. We met the Tallmadge, Ohio, resident just before she departed to begin her Peace Corps service in June 2013. We checked in with her recently to see how her work as an…

Our first Service Saturday was held on January 26, 2013. We are very proud to have provided English language tutoring, American cultural discussion, conversation and companionship to many beneficiaries from Bhutan, Nepal, Somalia, Iraq, North and South Sudan, and others. We are so pleased to have the opportunity to continue developing relationships with the refugee population of Cleveland. In the past year, volunteers have helped refugees with basic English skills, accessing community…

Soups of the World is A Huge Success!

Our sincere appreciation to all of the volunteers, donors and attendees of Saturday's Soups of the World Event.

More than 170 NORVA supporters dined on 18 Soups.  In all, we served over 30 gallons of soup representing Mali, El Salvador, Slovenia, Paraguay, Nepal, Ukraine, India, China, and several Eastern European and American favorites.   The soups won rave reviews for their taste and authenticity.

NORVA was grateful for the 18 Peace Corps Volunteers who attended on Oct 24th to listen to a talk by RPCV Vicki Tifft's at Le Petit Triangle in Ohio City.  Vicki discussed her prosperous research and work, in particular her work targeting a malaria vaccine. Vicki, sharing her story of transitioning home and professional developments, inspired dinner discussions ranging from government funding to global health to entrepreneurship.
We look forward to the next speaker…
Continue

NORVA members volunteered on Saturday, October 12 at WCPN in the IdeaCenter to answer phones during the fall pledge drive. We even got to meet Rick Jackson! 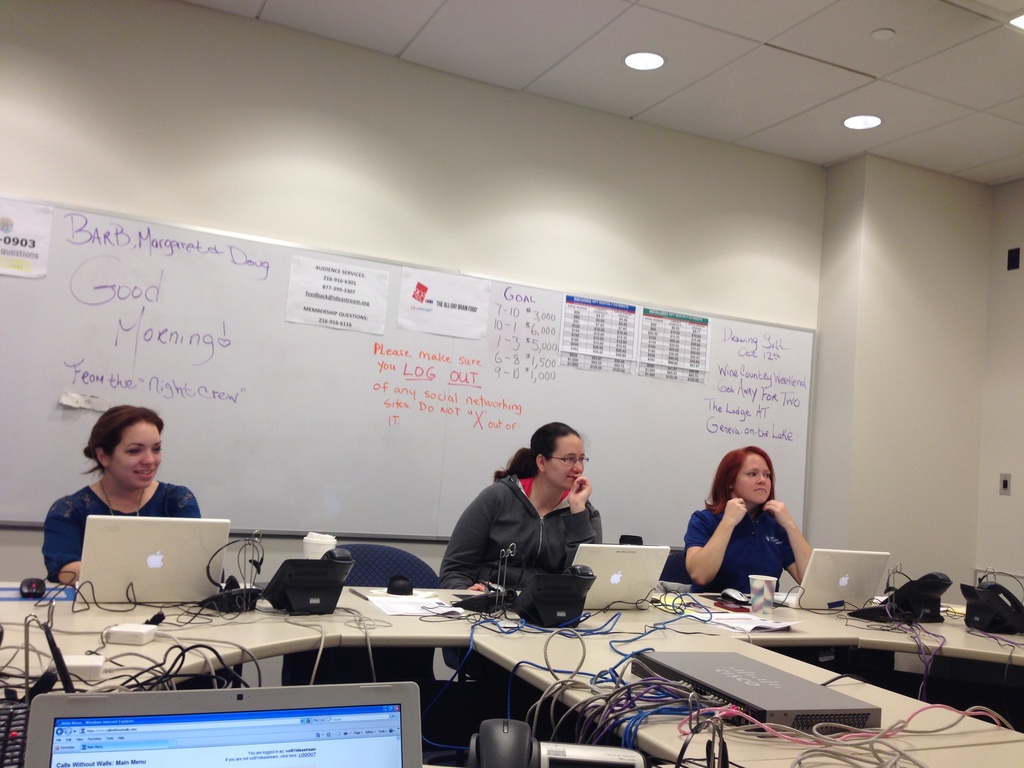 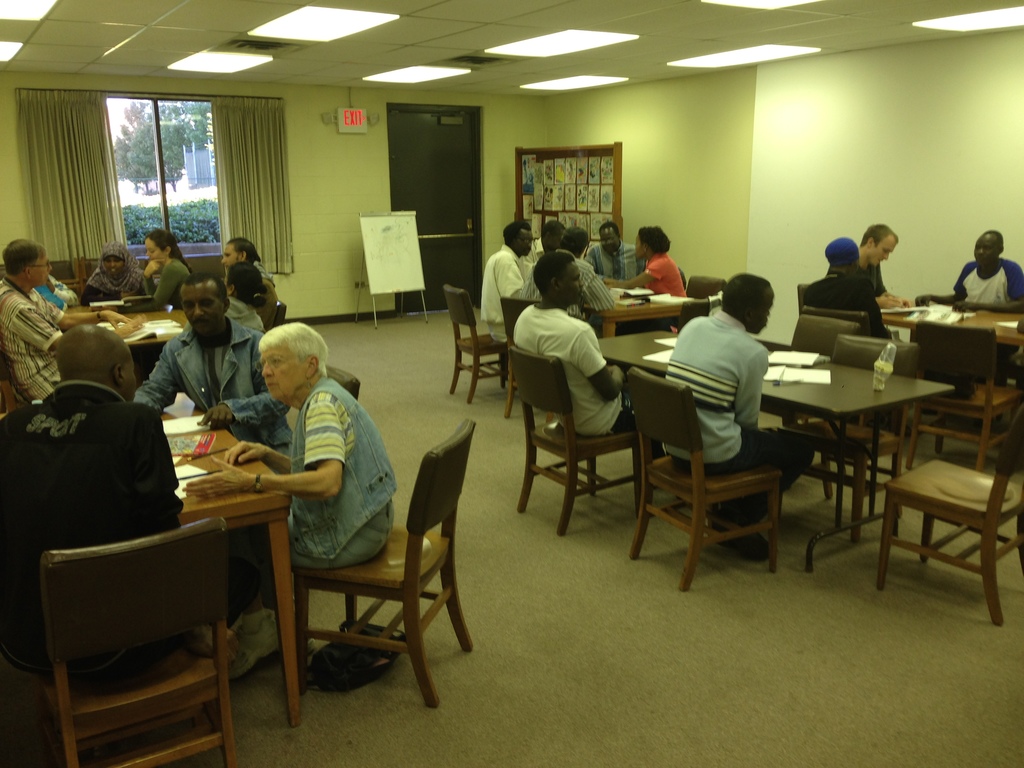 It was a beautiful day for our September Service Saturday! Many thanks to the volunteers who came out to help with the tutoring. Groups today continued working on practical English skills such as filling out job applications. Other topics ranged from learning the days of the week to studying participles. Join us next month on October 26th from 10-12 for…