Congratulations to the New Board and many thanks and good luck to Amy's new service.

Thank you all for the encouragement and support on my nomination to NPCA.

Voting continue until April 21 at peacecorpsconnect.org

Hi NORVA folks!
I received this message from a friend and thought that I would post it here:
French speakers! Would you be interested in giving your time to translate for Francophones detained in ICE centers in Cleveland? There are not many resources for French speakers in Ohio, so they are reaching out to people to see if they might know anyone who lives around there and might give a few hours a week to working on it. Starting in…
Continue

Are you a military veteran or national service alum who feels called to serve through politics? Are you a servant leader trying to make a difference? Join us and @NewPoliticsAcademy and go to Answering the Callto learn more and register for this awesome experience! The journey in the C-L-E begins October 16th so register soon! For questions, you may contact RPCV Syd Merz…

**Peace Corps Director, Jody Olsen, will be meeting with Cleveland City Council members and congressional representatives. She will have the opportunity to talk about the important roles of RPCV's in their communities. Doing so can foster continued support of Peace Corps**
Please take this brief 2-minute survey; your response…
Continue

This is a fun story about dancers in Georgia

I mentor a college student at Kent State, Danielle. She's been accepted to a prestigious study abroad program this summer in St. Petersburg, through the American Councils for International Education. It's a language immersion, and she's also planning to volunteer with a group there that is working to end human trafficking.

Danielle is a really passionate person and I know she's going to find a way to get to Petersburg this summer, but she needs a little…

Here is a link to an article my wife wrote about what can be done to help immigrants in our communities: https://medium.com/@robin.chancer/how-to-help-immigrants-117f18e7af8a#.srjknk67s 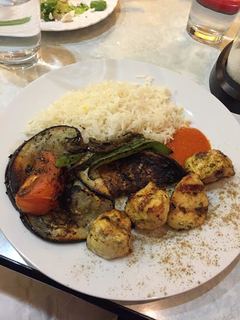 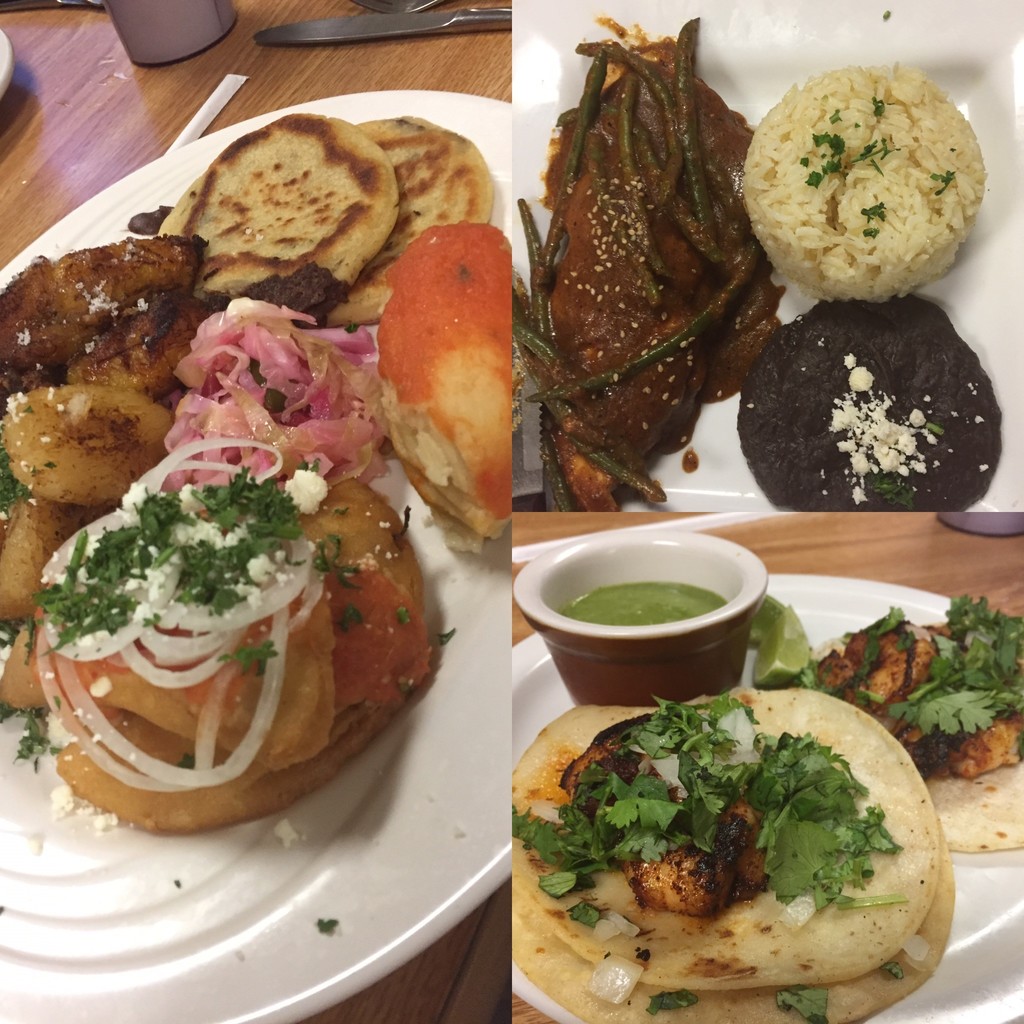 NORVA members gathered at El Rinconcito Chapin on October 18th to sample authentic Guatemalan food. Several of the RPCVs attending had served in Guatemala and helped the rest of us navigate the menu. We ordered a variety of foods, some of which are pictured here. These include tacos, mini pupusas, chuchitos, plantanos, and yucca fries. Try the horchata for an extra…

RPCVS at Soups of the World 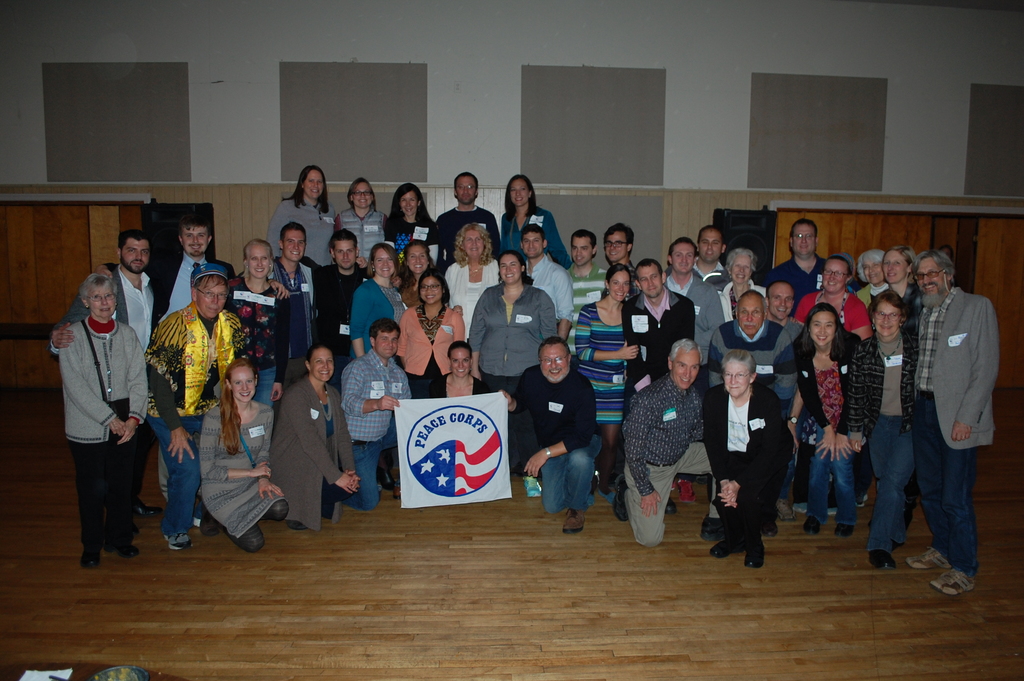 NORVA Celebrates and Thanks All the Returned Peace Corps Volunteers Who Attended Soups of the World!

On November 12, 2015, NORVA hosted its biennial fundraiser, Soups of the World, at the NASH (National Slovenian Home).  Guests were greeted to the event by tables full of beautiful handmade bowls made by local artist Sandy Miller ready for guests to pick up and fill with  soups from all over the world.  The tables were beautifully arranged and decorated by returned volunteers with souvenirs from their service.… 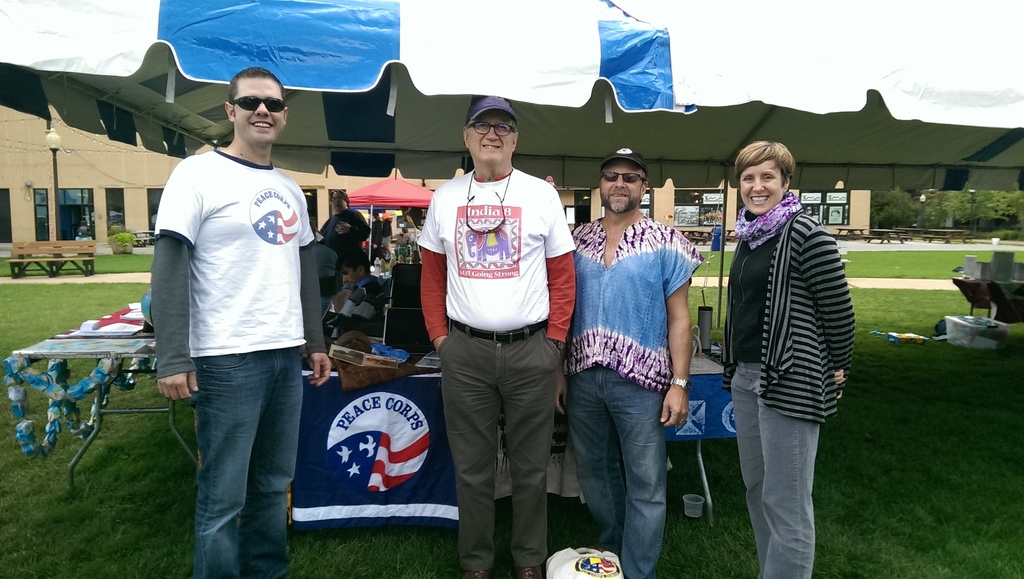 This is a great way to meet people from around the world! I hosted two Fulbright students in the past and this is an amazing program. Don't miss out on this fun chance to give back.

Try the homemade spicy cottage cheese, “Ayib,” as part of part of the Ambasha appetizer. It is a unique dish. For…

Why RPCVs Engage with Peace Corps

If you served in Peace Corps, you are well aware of the 3rd goal. But, did you know that you can get cool swag from Peace Corps by registering your 3rd goal activities/presentations? If you register two weeks in advance of your event, you'll receive a packet of materials, including stickers, a world map, a Peace Corps bag, and possibly even a calendar! You could share your experience with…

Indian fare may not be that exotic to many RPCVs who are used to sampling foods of unknown origin. The bigger surprise was the turnout: 11 people showed up for the dinner in Cuyahoga Falls illustrating that there are indeed RPCVs outside of Cleveland eager for connection. In fact, the group informally agreed upon a future dinner at a local Nepali restaurant (details to come soon and worth the trek from what I hear).

The food was definitely tasty, albeit maybe a tad hot for some of…

The NORVA Annual Meeting took place on Wednesday, March 11 at Bottlehouse Brewery in Cleveland Heights.  Prior to the meeting, NORVA hosted a nomination party and members mingled with Peace Corps invitees and nominees while enjoying food and drinks.  At the annual meeting, outgoing co-president Miranda Lange presented the 2014-2015 Annual Report, which includes highlights from NORVA's…

NORVA supports the Girls of Madagascar

NORVA members voted at the annual meeting to use $1,000.00 of our funds budgeted for overseas projects to fund a GLOW Camp in Madagascar.

The project was nominated for funding by Madagascar RPCV and NORVA member Paul Cook.

From the PCPP grant description:

"This PCPP grant will provide funding for a Girls Leading Our World (GLOW) camp to be held in Madagascar. The girls participating in the camp will be Middle School and High School students…