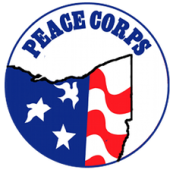 Export to Outlook or iCal (.ics)

After a number of years in banking, Brian Cummins served in the Peace Corps in the Dominican Republic from ’90-’93. He later served as the Associate Director of Administration for Peace Corps Moldova & Russia Far East from ‘94-‘99.

Brian has served as a Cleveland City Councilman since 2006—from 2006-2009 in Ward 15 (i.e., Brooklyn Centre community and a portion of Old Brooklyn), and 2009-present representing Ward 14 (i.e., Clark Fulton community and portions of the Stockyards, Brooklyn Centre, Tremont and Ohio City neighborhoods).

Cleveland’s Scene Magazine writes of Cummins, “He's one of the more transparent, candid elected officials in Cleveland's history, and a prince of a guy.”1

On January 22nd, Brian will share his journey (from PC to continued service as a councilman), his vision for Cleveland and how NORVA can support him in achieving that vision, what he sees as the strength/potential of RPCVs and NORVA in Cleveland (i.e., through community service, policy advocacy, etc.), and opportunities he sees for newly returned RPCVs. A Q&A session will follow.

So sorry to miss this event. Hope there is a great turnout!